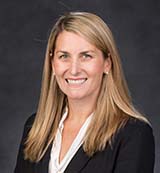 Kara is an Associate Professor of Sociology and Anthropology with a joint appointment in the Department of Global Studies. Her current research focuses on how legal status and other forms of stratification shape the transition to and experience of young adulthood for 1.5- generation immigrants. She teaches courses on migration, borders, and globalization and is the author of one book Documented, Undocumented, and Something Else: The Incorporation of Children of Brazilian Immigrants and has published in a number of journals, including Sociological Quarterly, the Journal of Marriage and Family, The Journal of Family Studies, American Behavioral Scientist, Ethnicities, and Sociological Perspectives.

Cebulko, K. Silver, A. (2016) Navigating DACA in Hospitable and Hostile States State Responses and Access to Membership in the Wake of Deferred Action for Childhood Arrivals. American Behavioral Scientist.

Cebulko, K. (2015) Marrying for Papers? From Economically Strategic to Normative and Relational Dimensions of the Transition to Adulthood for Unauthorized 1.5-generation Brazilians. Sociological Perspectives.

Cebulko, K. (2014) Documented, Undocumented, and "Liminally Legal": Legal Status During the Transition to Adulthood for 1.5 generation Brazilians. The Sociological Quarterly.(55), 143-167.